How to Record a Phone Call on an iPhone: 4 Methods with Step-by-Step Guides

Do you have a critical phone interview coming up and want to listen back to it later? Or perhaps you just need an easy way to remember everything you said on a phone call with your partner.

In either case, if you’re rocking the latest Apple phone, you’ll need to learn how to record a phone call on an iPhone.

A Word of Caution

Have you ever had a call from a telemarketer or to a customer service center, and an automated voice tells you, “This call may be recorded for quality control and training purposes.” That’s because it is illegal in many countries and states to record calls without the permission of both parties.

That is the reason there is no record function built into iPhones in the first place. Apple has industry-leading privacy policies worldwide, so there’s no way they would risk having a native call recorder app.

If you secretly record a phone conversation, you could find yourself neck-deep in fines or even jail time. You shouldn’t gamble on it as the risk is far greater than the reward in most circumstances.

So make sure you notify the other party that you plan to record the conversation before doing it.

How to Record Phone Calls on iPhone

There are four main methods to record voice calls on your iPhone, and none of them are particularly simple. Take a look at our guides below to find out which is the best way record a phone conversation on an iPhone for your needs.

Google Voice is one of the safest options for recording phone calls as it automatically lets the caller know that the call is about to be recorded.

Unfortunately, there isn’t currently a way to use Google Voice to record outgoing calls.

International calls are also available, but they cost money.

You’ll need to take the following steps to get the Google Voice service working on your iPhone:

Once your app is ready to go, you still need to complete a few more steps before you can record incoming phone calls.

Every time you have an incoming call to your Google Voice number, you should now have the option to record the call by pressing 4.

There are quite a few different apps out there designed to record calls on an iPhone.

You could use another VoIP-supported app like TapeACall. The main differences between most of these apps and Google Voice are that these apps will cost you money but can also record outgoing calls.

There’s no right one to use here; apps like this are often taken off the app store by Apple as they end up breaching privacy laws in some way, so you may have to try out a few apps over the course of a year. You could also switch between a few different free trails to save your wallet.

Since we chose TapeACall as our example, let’s walk through the steps of getting set up:

The beauty of this app is the interactive lesson upon installation. Most others won’t have this, but once you have used one of these apps, others will seem easy to navigate.

Again, we should stress that it’s likely illegal in your area to secretly record a phone conversation with an app such as this.

Make sure the app you choose has an option to automatically inform the other party that you’re recording the call. Or, be highly vigilant about telling them yourself.

Here are a few examples of apps you could use when recording a phone call on an iPhone:

How to Record iPhone Calls Using Speakerphone and a Second Device

It may seem silly to consider this a viable option, but it truly is the most straightforward way to record a phone conversation with your iPhone.

The built-in record function in iPhones automatically disables during phone calls. But, if the device itself is not making the call, it can still use this simple feature to record calls.

You can use your PC, Mac, Android, iPad, iPod touch, or second iPhone to record phone calls. They all have apps embedded in their operating systems for recording. These apps may be called sound recorder, voice memos, voice clips, voice recorder, etc.

The steps to recording a phone conversation with this method go as follows:

You’ll need a compatible service provider because to use this method you’ll need to be able to download your voicemail messages. To check if you can do this, go to your phone app, click voicemail, and if a list of messages appears — you’re in luck.

If it only says “call voicemail”, unfortunately, you’re unable to download your voicemails, so you won’t be able to use this method easily.

You could always call your voicemail provider back and record using speakerphone and a second device — but it makes more sense just to do that for the original call instead.

If you can download your voicemails, you can use the following method to record a phone call with your iPhone.

How to Record Phone Conversation on iPhone FAQs

Can You Record a Phone Conversation on iPhone Natively?

No, unfortunately, Apple doesn’t have a built-in app that will allow you to record calls. You could use a second iPhone or another device to record the call with the voice memo app or similar.

How Much Are the Fines for Secretly Recording a Phone Call?

These vary depending on where you live. In some states, you can receive a prison sentence of up to five years.

To record phone calls on an iPhone.

How Do I Record a Facetime Call On My iPhone? / How Do I Screen Record a Phone Call With Audio on an iPhone?

It may be easier to record a Google Meet call instead if you can get the other party to meet you there. You could also take important screenshots during a business call on your Macbook.

Which Is the Best Way to Record iPhone Calls?

When checking how to record a phone call on an iPhone, the method depends on your needs. So let’s summarize the options so you can make an informed decision:

Whichever option you choose, you have to make sure you stick to the laws in your state or country. 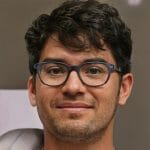 Jake is a spreadsheet expert and content writer from New Zealand. He has a double Bachelor's Degree in Teaching and has been working in the education industry for over 11 years. His experience makes him adept at breaking down complex topics so that everyone is able to understand.

How to Convert PDF to Google Sheets 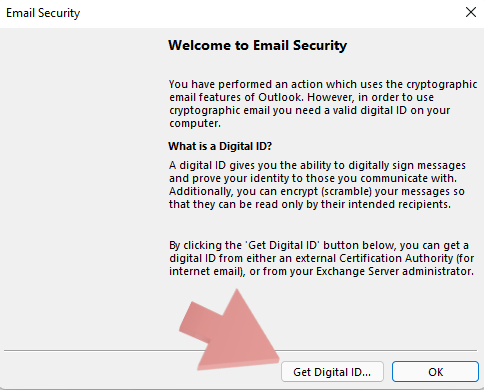 How to Encrypt Email in Outlook – Protect Your Data in 2022

The 9 Best Monitors for Home Offices: Boost Your Productivity in 2022

How to Rename AirPods on Any Device [Easy 2022 Guide]